THE RIGHT flops in Karlsruhe

The far-right minor party “The Right” demonstrates on June 3rd, 2017. This time in the German capital of law, in Karlsruhe. Founded in 2012 and meanwhile under the supervision of the constitutional protection, the party planned to hold its scheduled ninth “Day of the German Future” here under the chairmanship of Christian Worch.

All the ingredients for a hot Saturday should come together in Germany`s southwest. 900 right-wing sympathizers were expected. The Left, the Federation of Trade Unions, the Workers’ Welfare and all sorts of politicized local groups have called for counter-events under the motto “Bunt statt Braun (Coloured, not Brown)”. The authorities are bringing together 3,000 officers from all over Germany. Shopkeepers nail their shop windows for fear of riots days before the event.

It turns out that the weather is the only hot thing on this day: 30 degrees and sun, almost without interruption. At Karlsruhe-Durlach station, where the demonstration of The Right starts and where it should return after a “march” along the old town centre of Durlach, is party. In the forecourt of the station, which on other days is a parking lot and bus station, the colourful build a stage for speakers and musicians. Thousands of Karlsruhers of all generations come together here with funny and many self-designed banners. Together they celebrate against hatred and racism.

Further back, the road makes a bend to……the right. Here the mood is more sinister. The 300 or so demonstrators wanted to start marching two hours ago. Security experts and assembly authorities, however, are still busy scrutinizing the speakers of the demo and have refined existing conditions for their appearance. This delays the start of the demonstration procession and frustrates the participants.

Officers accompanying the train and the police`s de-escalation teams work very calmly and appear to be in control of the situation at all times. At the edges of the march, where closed side streets lead to the route of The Right, there are a few smaller skirmishes where antifascists want to break through the barriers. However, the decisive presence of police officers in combat gear, their unequivocal announcements via megaphone and water cannons being installed in front of them can prevent this early on.

Probably the biggest – and loudest – excitement happens on Hengstplatz. An interim rally of The Right is to take place here. But hardly had they parked their trucks and placed the mics, deafening techno beats tear the place. A speech or the common singing of folk songs is no longer thinkable. The noise cannot be localized initially and lasts about 20 minutes before officials can convince the noicemaker of the legitimate rights of The Rights to freedom of demonstration and to turn off the music.

Meanwhile it is 04:30pm and in a few minutes the train will arrive. On the way back to the station, The Right is still smashing battle cries, getting boos and Nazi go home from local residents and heading home under police protection. And so the right-wing event comes to an end as it began: ordered, unspectacular. Here and there there are empty water bottles lying around, the forecourt where there was dancing, singing and laughing, is now deserted. 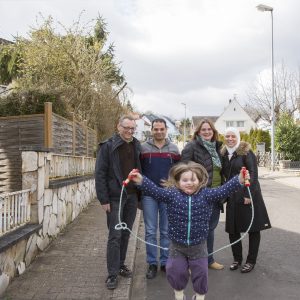 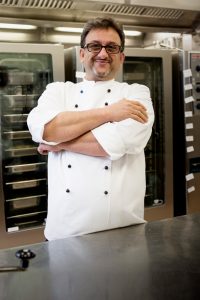