The Aesthetics of Resistance or: When Riot-Swallows Fly

“You’re sweating like a pig, cop!” a mid-thirties demonstrator in shorts is yelling at the officer, who is standing half a meter in front of him in full gear and helmet. He remains unmoved and has the louder getting crowd in his sights. In the setting evening sun of Hamburg there are about 100 people standing on the cozy Hein-Köllisch-Platz, in the shade of cherry trees, who have now also noticed that here policemen can be yelled at with impunity.

The square is 300 metres beeline from the Landungsbrücken and Hafenstraße, where a demonstration had gone out of control a few minutes earlier. Water cannons and pepper spray were used. Some radicals fled from the police operation over the Hein-Köllisch-Platz via stairs and through narrow alleys. In order to prevent these people from dropping back into the zone around Hafenstraße, small police units were parked here at the entrances to the square. 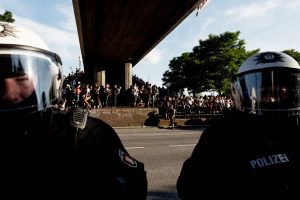 It’s Friday, July 7th. The demonstration that got uncontrolled was an extension of another peaceful demonstration that started on the Reeperbahn. There the “youth against G20” demonstrated their “education strike”. “Lieber tanz` ich als G20” was scribbled on cardboard signs and the crowd danced to rhythms, which the pink block drummed. Other groups chanted against the capitalist omnipotence of the corporations “We will be your crisis”. GAY20 was there, the sun was shining, there was a lot of laughter, everything was cheerful and colorful. If you didn’t go to the edges of the demonstrations, you didn’t know that the police were here too.

Obviously without control, loose groups glided into the adjacent circus path and absorbed other participants of the march towards the landing stages. From this column an arm came off again, which also flowed along the Elbpark towards the harbour. The form in which factions detach themselves from an seemingly hermetic group, reorganize and flow together again at another point has something highly aesthetic about it.

One has to imagine a very, very large, colourful ball, which dances and bounces rhythmically at the Millerntorplatz to pulsating music and turns and from which then many individual colour fragments swirl out, mix anew or repel each other and at another point paint a new colour into the streets with different tones……..up to the black wall, block. 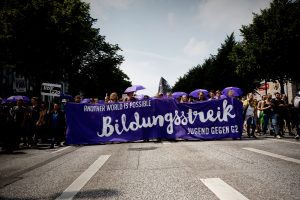 Here stones, bottles and firecrackers fly. Pepper and tear gas come back. Water cannons dissolve the colorful and flush it down the gullies. People run, stumble, fall. Many flee in the direction of Hein-Köllisch-Platz. On the way there their eyes are burning, the pepper still blows in the air. The mood is now irritated. A demonstrator’s voice rolls over when he calls out loudly to lynch another man because he allegedly ratted one out to the police!

The critical mass threatens to become a mob

Further up, on the square, sweaty policemen are yelled at. A man with obviously Turkish roots loudly asks the officers to take care of Erdogan, who poses much more danger than he does. The screaming attracts more and more people. The initial crowd of people slowly swells to a critical mass. More and more people from the background now dare to go forward and want to shout at a policeman. The mood becomes more aggressive. Suddenly one falls down. He simply falls without having been touched by anyone. Especially not by a police officer. But this is how it should look like. A riot-swallow! The others don’t understand the meanness, however, the mood now tilts completely and the critical mass threatens to become a mob. The ten men strong unit of the police retreats under the clapping of the bystanders.

Later that Friday, when I arrive at the “Schulterblatt”, a bolt of heavily armed officers prevents me from going through. All passers-by arriving here are asked to take other paths, with the hint that a police operation is going on further back and that the situation is too dangerous. This does not make sense to the pensioner next to me. He would like to go through with his wife, further back is his favourite pub. “No,” a policeman replied. His opponent is now eloquently running up to liberal democratic top form and quoting the constitutionally guaranteed fundamental rights, which he sees curtailed by the blockade. I wonder who he would call if he got on his hat on the other side of the barrier. 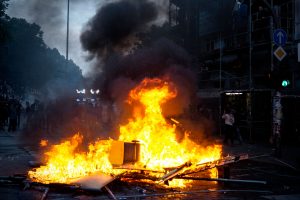 It is quite possible that the pensioner used the loss of the evening snack in the pub for television. Maybe Mrs. Slomka could explain to him that some blockages help to prevent pain.

On my way back to the bike I feel the need to tell some policemen that I do not envy them for their job and that not all of Hamburg is against them. Temporarily this seems to solve the tension in one or the other. 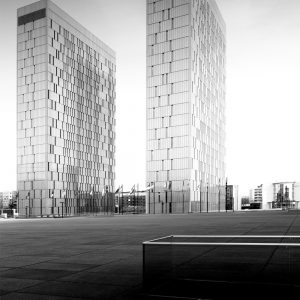 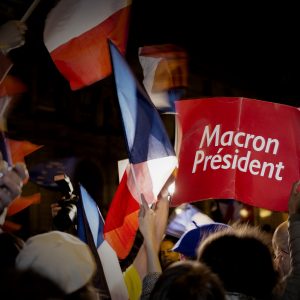 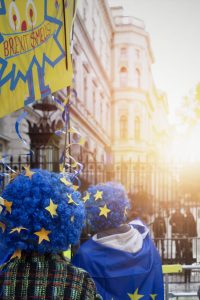